Over 90 years of Greyhound Racing

Greyhound Racing as we know it today arrived to our shores in 1927. Shelbourne Park hosted the first racing in the Republic of Ireland on 14th May 1927.

It was such an important event at the time that British Pathé News even broadcast about it - check out the footage below.

Greyhounds may be super speedy on the track but did you know that they're also affectionately known as 40mph couch potatoes? They love to laze about (a comfy couch is a favourite spot) and make great pets for families of all ages.

They also love other dogs and cats and need very little exercise. 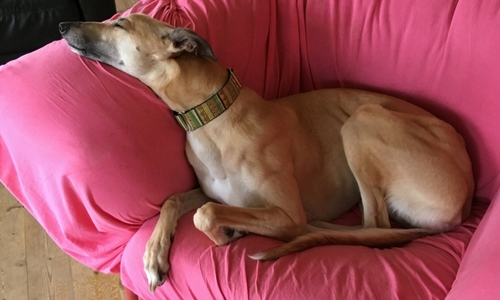 More colours than a rainbow

There are about 30 recognised colour forms to be found in Greyhounds. These can appear uniquely (such as all fawn or all black in colour) or in combination (like brindle).

Millions of € spent on regulating the industry

Find out more about the regulation of our industry here.

Most regulates breed in Ireland

Greyhounds are the most regulated of all canine breeds in Ireland. They're the only breed with their own legislation - the Welfare of Greyhounds Act 2011.

Faster than an Olympian

A Greyhound can reach full speed of 43mph within six strides of leaving traps - that's faster than Usain Bolt's top speed of 27mph! 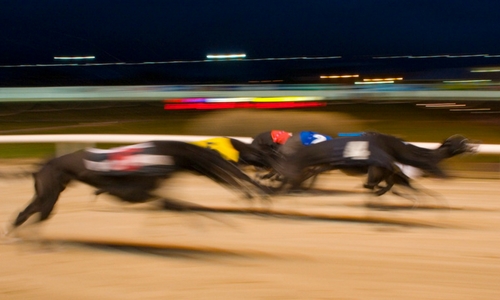 In 1928, the very first winner of Best in Show at the world-famous Crufts Dog Show was none other than a Greyhound; Primley Sceptre, owned by H. Whitely.

The Greyhound is the only dog mentioned by name in the Bible.

The ancestors of the modern Greyhound were also an important figure in Ancient Eygptian, Greek and Roman times. Many Egyptians considered the birth of a such a hound second in importance only to the birth of a son. When the pet hound died, the entire family would go into mourning.

A part of Irish Life

The Greyhound is such a part of Irish life that it was even featured on the old Irish currency.

The old Irish Sixpence featured a Greyhound standing tall and proud. There was also a commemorative stamp issued by An Post in 1977 to mark 50 years of racing.